Dr Kiran and Asha student Usha have just completed a busy week in Australia. During the last two weeks, Dr Kiran was hosted at various events across Australia, where she shared and discussed Asha’s Model of Urban Development. Usha, an Asha student as well as an active ambassador accompanied Dr Kiran and represented thousands of students from Delhi slum communities.

Starting in Sydney, Dr Kiran and Usha, along with the AFOA board member Richard Leder were delighted to meet with Mr Ashok Jacob (Chair, Australia India Council) and Mr Nicholas Gray (CEO, The Australian) before being hosted as guests of honour at a dinner in the beautiful home of Shika and Sunil Lal. 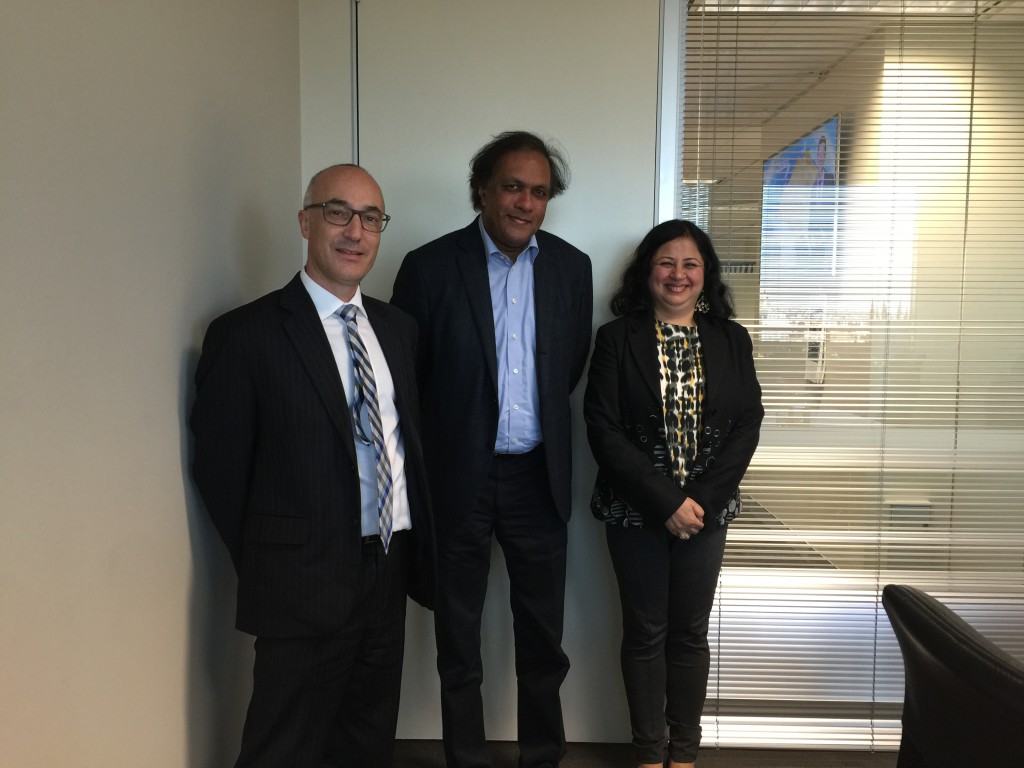 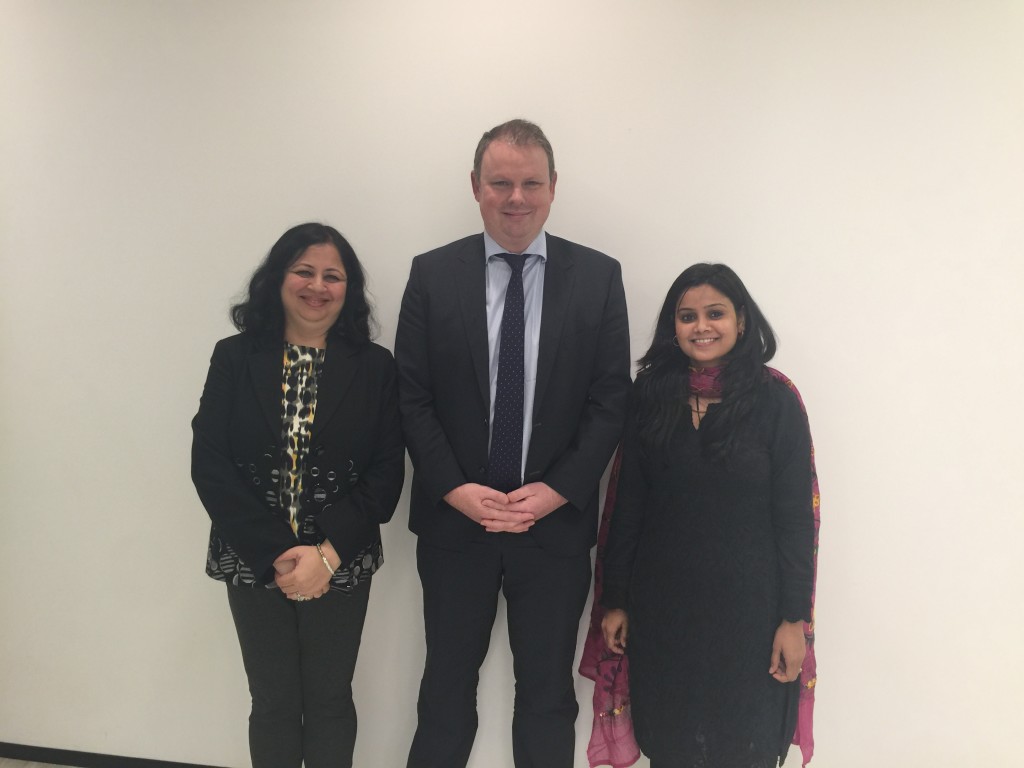 Dr Kiran and Usha then travelled to Canberra where they met with DFAT Deputy Secretary Jennifer Rawson and Andrew Tongue, Associate Secretary at Prime Minister and Cabinet, and other senior colleagues, including two former Deputy High Commissioners in India - Lachlan Strahan and Bernard Philip, discussing how the Asha model could apply to indigenous policy making in Australia. While in Canberra, Dr Kiran also met Professor Ngaire Brown, Deputy Chair of the Prime Minister’s Advisory Council on Indigenous issues. 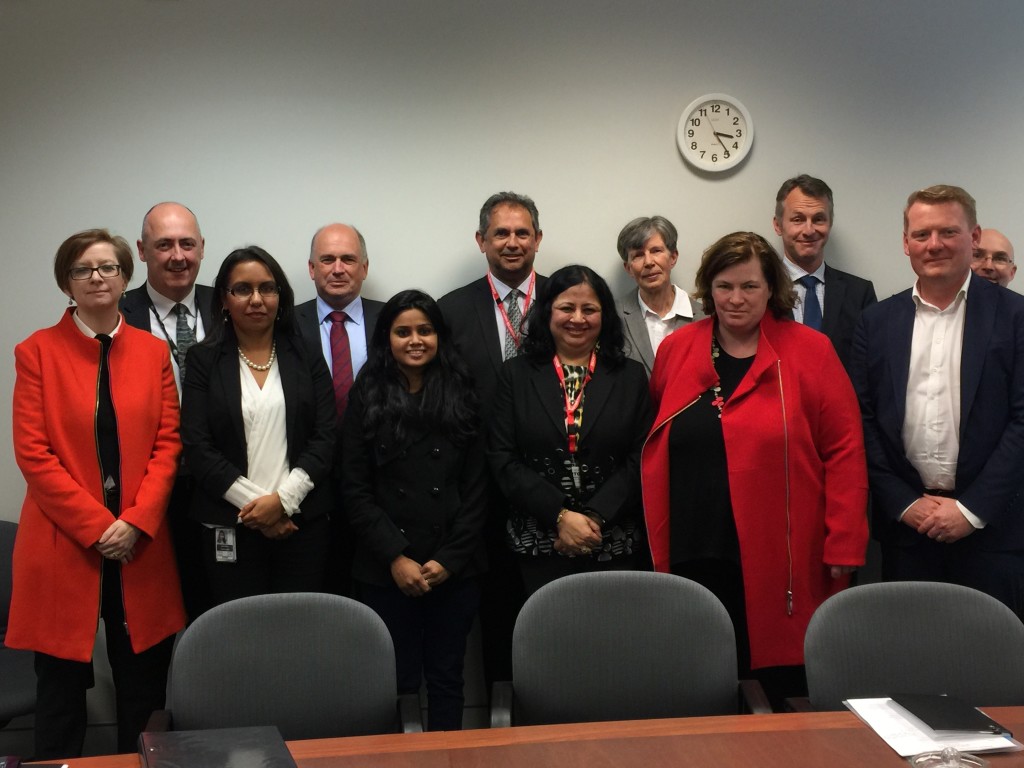 Dr Kiran addressed the Round Table with Senior DFAT, Associate Secretary at Prime Minister and Cabinet, and other senior colleagues

Dr Kiran and Usha then attended a wonderful reception hosted by Mr Peter Varghese AO, Secretary of the Australian Department of Foreign Affairs and Trade, and former Australian High Commissioner to India. The guests of honour for the evening were the Governor General of Australia, His Excellency the Hon'ble Sir Peter Cosgrove AK MC and Lady Cosgrove. 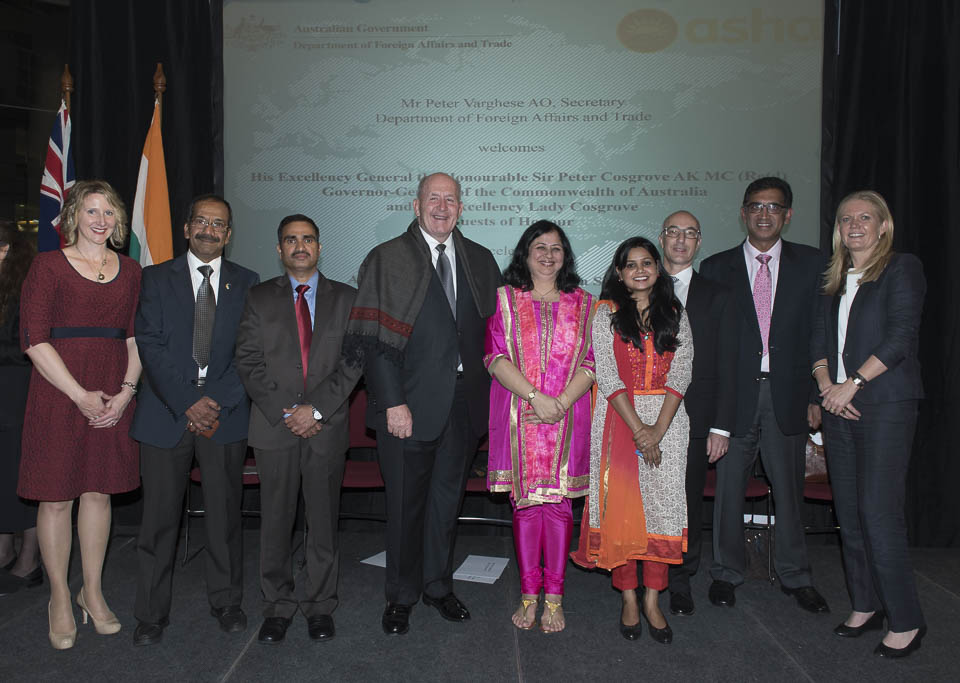 Later in Melbourne, Dr Kiran, Usha and AFOA Chair Robert Johanson were received at the Government House by AFOA Patron, the Hon'ble Linda Dessau AM, Governor of Victoria.  They visited Trinity College at Melbourne University, which will shortly become home for Asha student Mahinder. Dr Kiran was so pleased to meet once again with AFOA Founding Patron, the Hon'ble Alex Chernov AC and Mrs Jeanne Pratt. 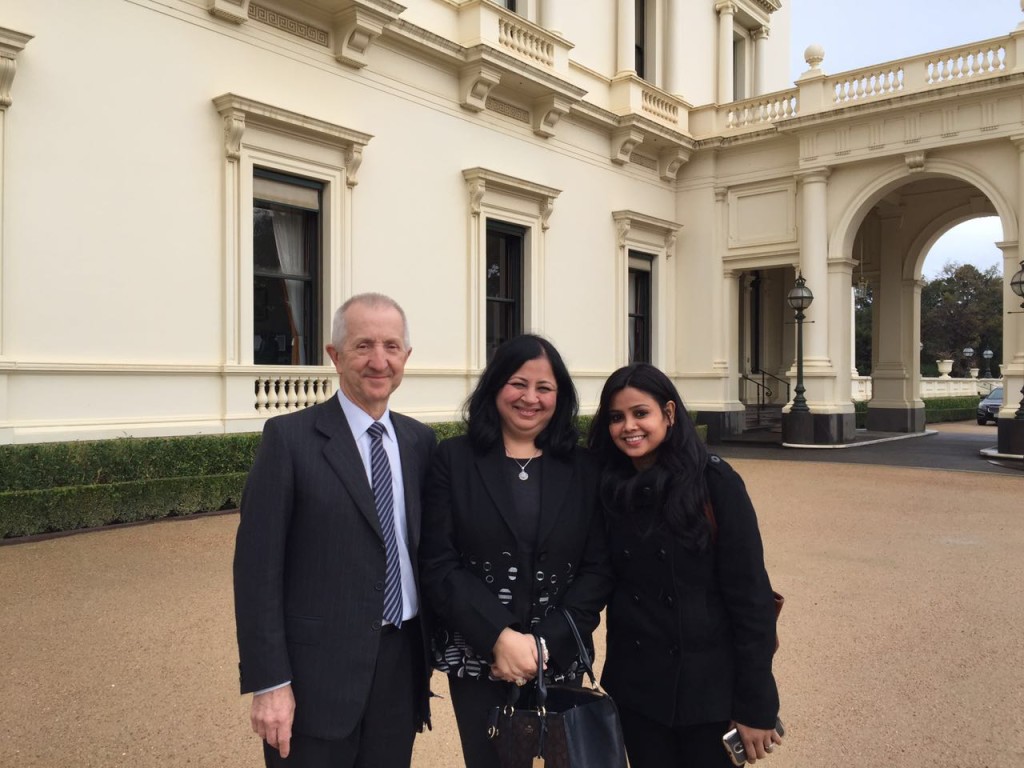 AFOA Chair, Robert Johanson with Dr Kiran and Usha, outside the Government House in Melbourne 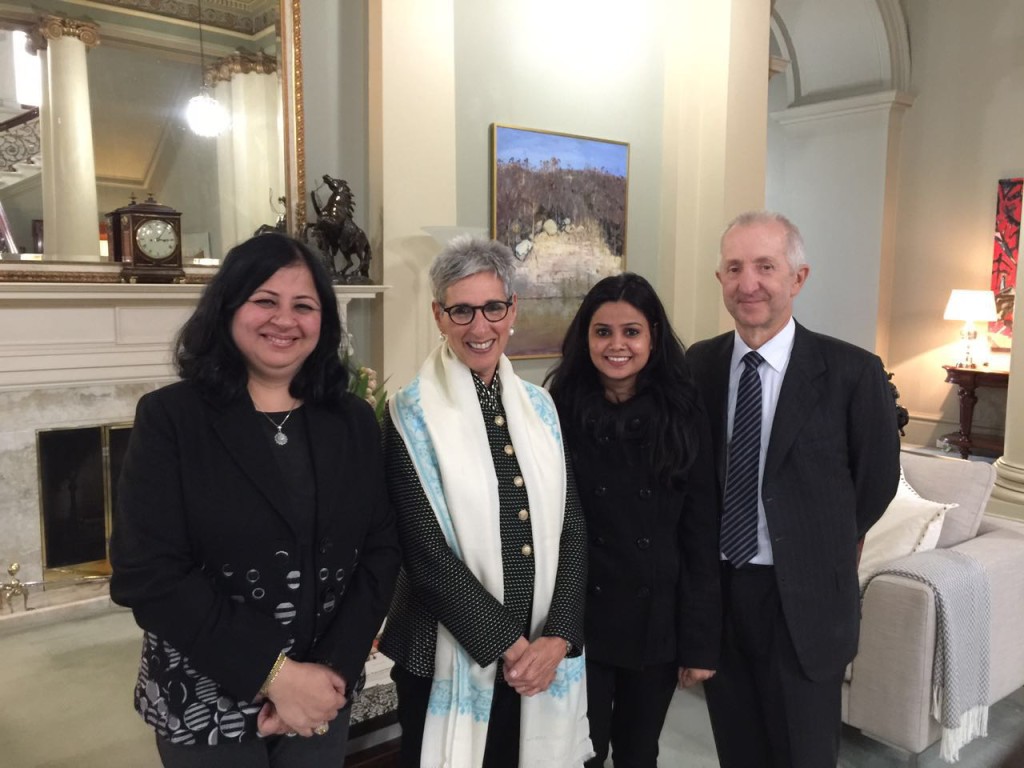 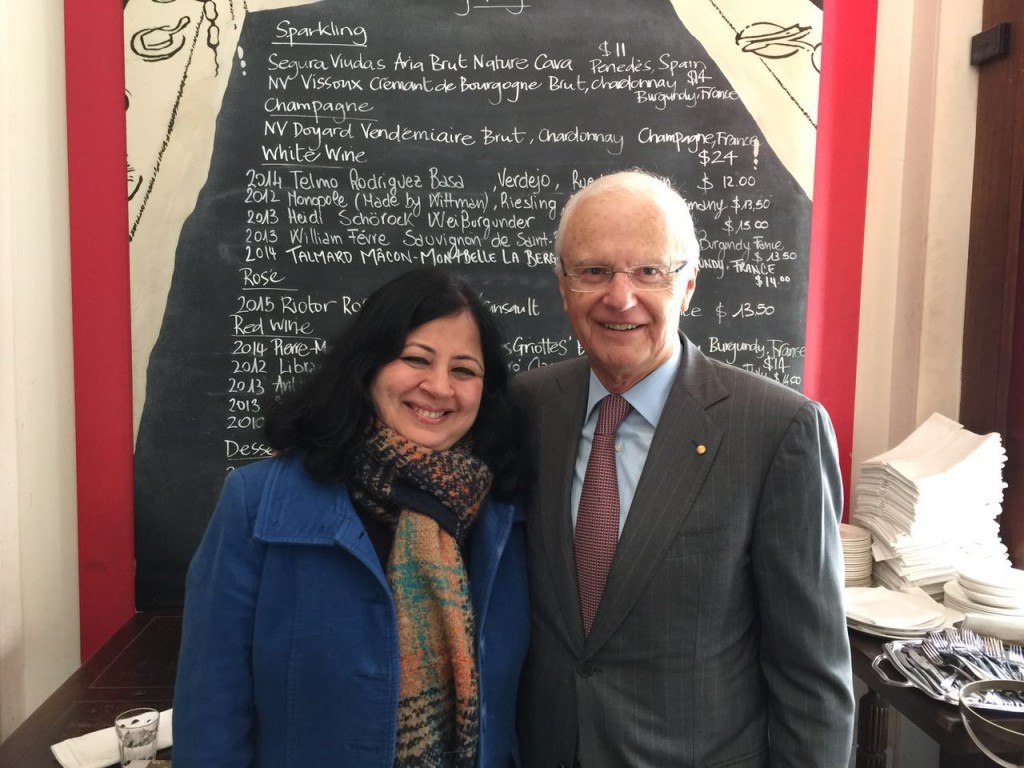 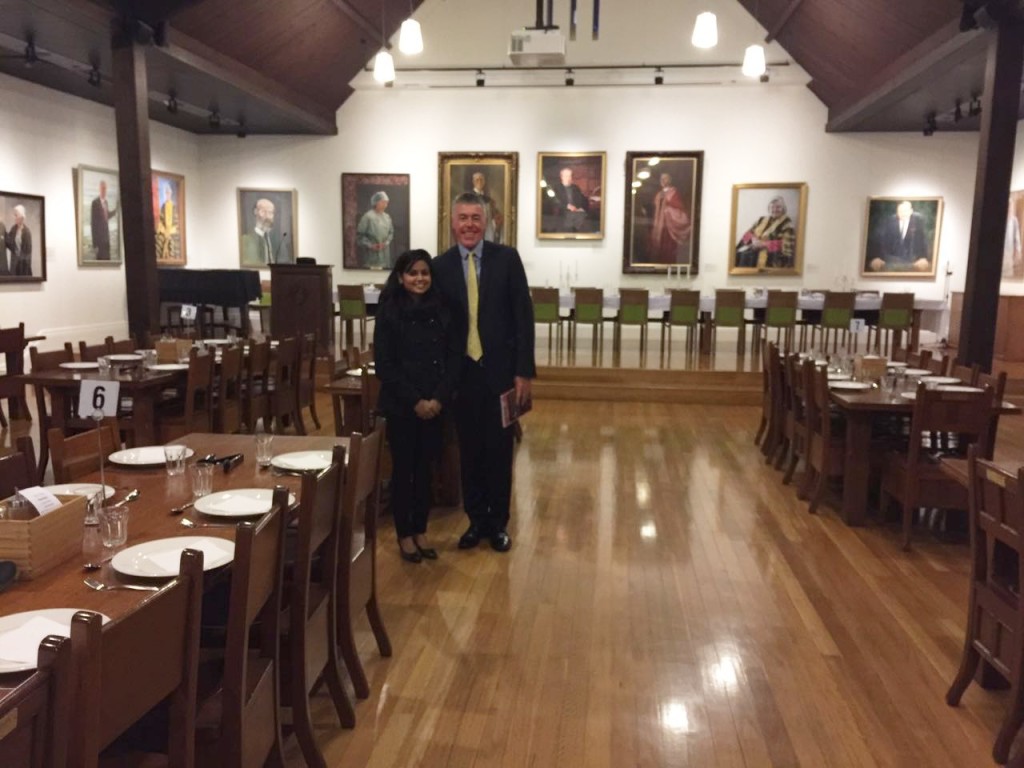 Their visit to Australia wrapped up with an AFOA board meeting, at which planning commenced for Dr Kiran’s next Australian visit later in 2016.  The AFOA also congratulated Usha on being such a wonderful ambassador for Asha’s work and encouraged her to continue doing so!

A big thank you to everyone who has made this trip a huge success for Dr Kiran and Usha.