Members of the Australian World Orchestra, who are currently touring India holding concerts across the country, visited Asha on Saturday, October 31. A total of 40 members visited our communities at Zakhira, Mayapuri and Kanak Durga slum colonies, in teams of three. 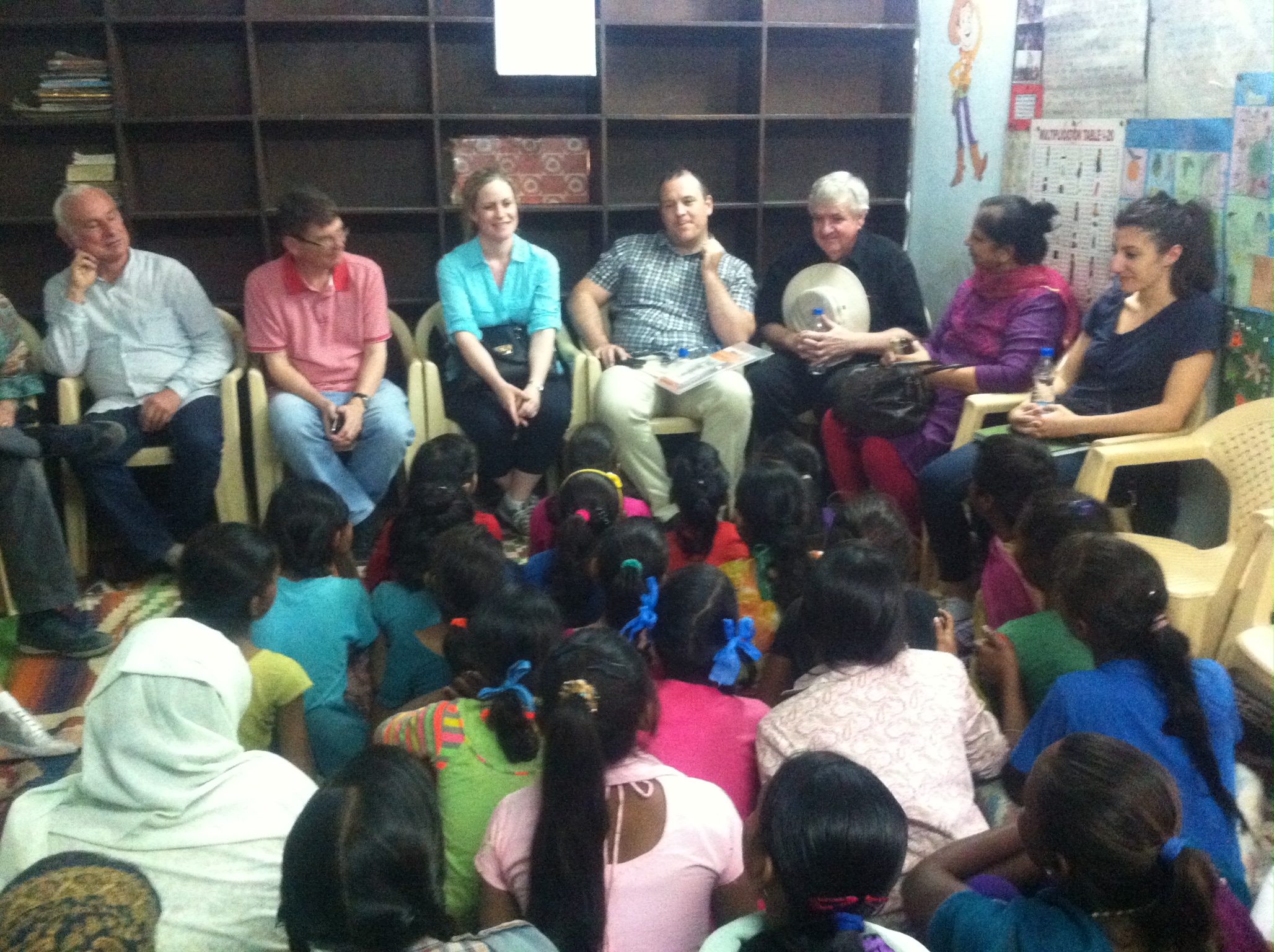 The AWO team talking to children at Mayapuri slum colony

At Kanak Durga slum colony, four musicians from AWO conducted an interesting music story narration workshop for Asha students. The workshop began with an introduction to instruments and rhythm, and went on to teach the difference between various instruments through a song. In the second half of the workshop, the story behind Diwali was brought to life with narration and snippets from western classical music. 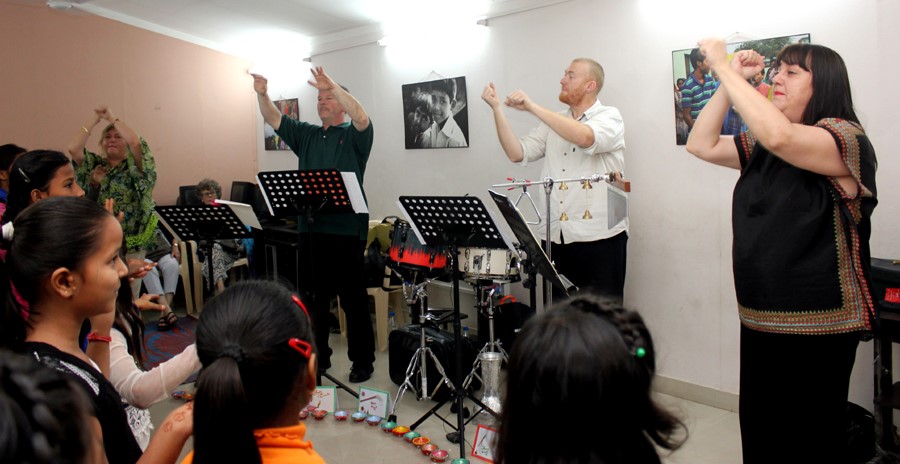 The AWO team narrating the story behind Diwali

“We were in India last year and learnt a lot about the work Asha has been doing in slums of Delhi. We planned this trip and got in touch with them immediately to organise this workshop. I visited the slums earlier and met a student from one of the slums who interned with the Australian High Commission. The way their lives have been transformed is phenomenal,” said AWO CEO Gabrielle Thompson. 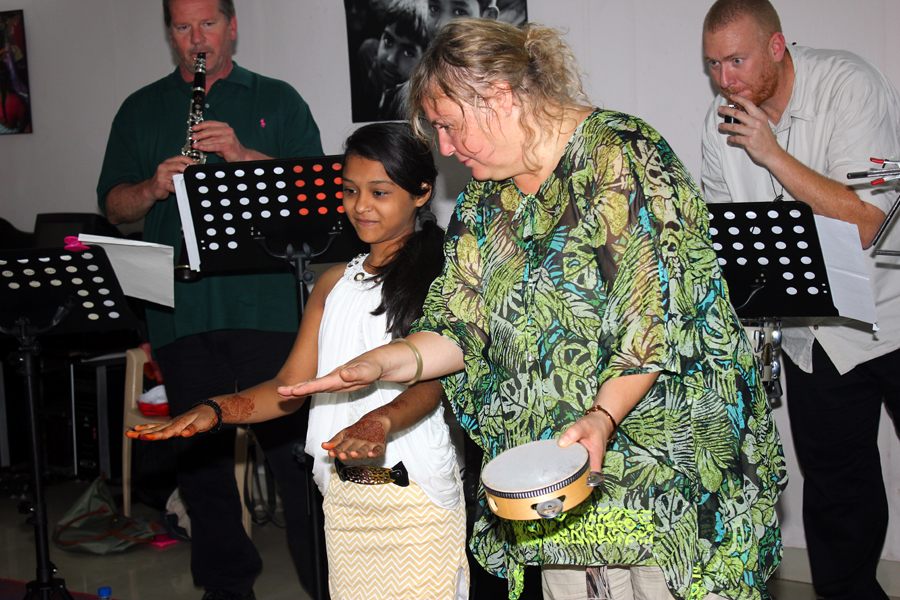 One of the team members teaching the Asha student to enact

The teams at Mayapuri and Zakhira constituted of supporters of the AWO and visited our slum based centres to meet with the women and children there, and gain a deeper insight into our work. The Children’s and Women’s Association, and university students discussed the various activities they have been a part of and the ways in which they are being benefited. 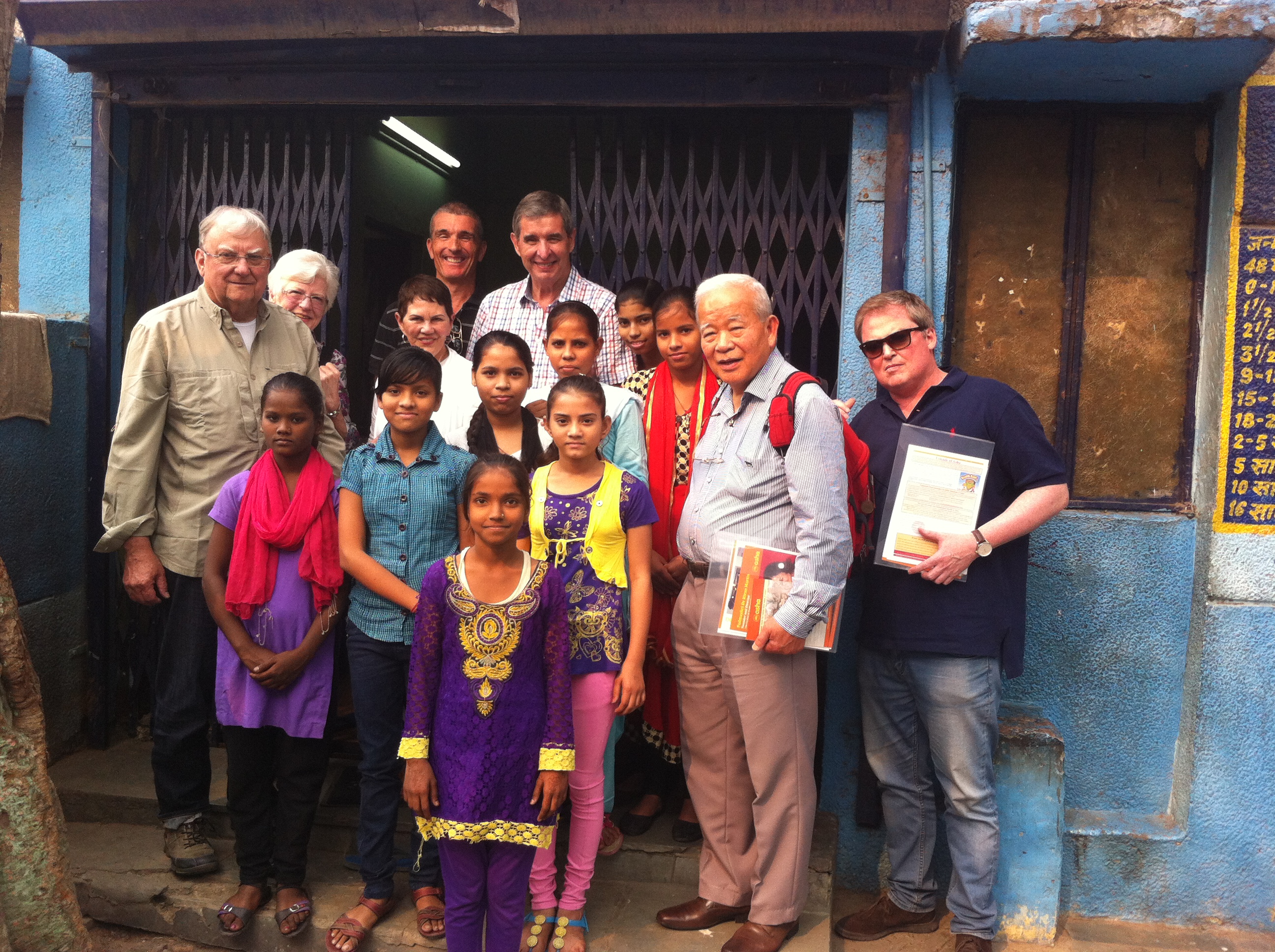 Asha students with the AWO team at Zakhira slum colony

Thank you so much, Australian World Orchestra. We hope to see you soon.