With no one to call her own, Asha becomes her family

Haseena is a 65-year-old elderly woman who resides in Jeevan Nagar slum. She originally hails from the state of Tamil Nadu in South India. Haseena was an orphan and had no one to call her own while growing up. Life was extremely difficult as she had to learn to fend for herself from a young age. Hassena started picking up odd jobs since a young age to earn some money to survive on. 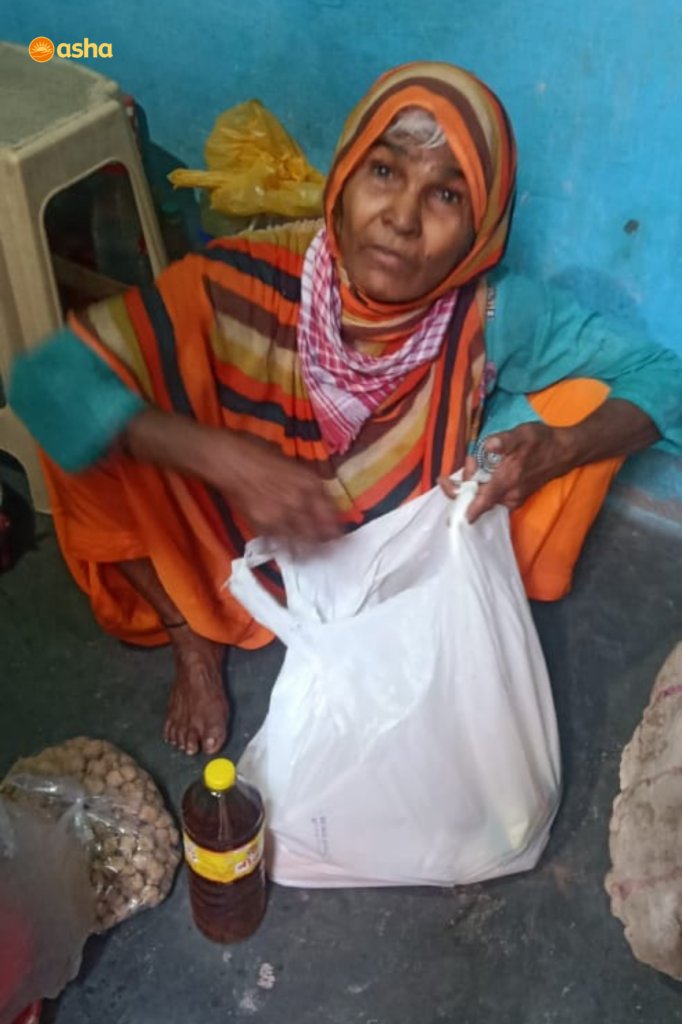 When she was a teenager, she shifted to New Delhi to make a better income. Haseena relocated to Jeevan Nagar slum and started working as a house help in the homes nearby to make a living. While continuing her work she met a widower who worked as a driver. Soon they fell in love and decided to get married. Her new husband was much older man and a Father already to 3 children, thus there was no need felt to have more children. Till her husband was alive, Haseena lived a decent life with minimum struggles and hardships. Her husband’s earnings were barely enough to cover their monthly costs and she continued her job till she was physically able to do so.

Tragedy struck when Haseena’s husband died suddenly 6 years back. By this time, Haseena herself was an old woman aged 60 and had no one else to depend on. Her step-children cared little for her after their Father’s death. Haseena was now completely alone and helpless. 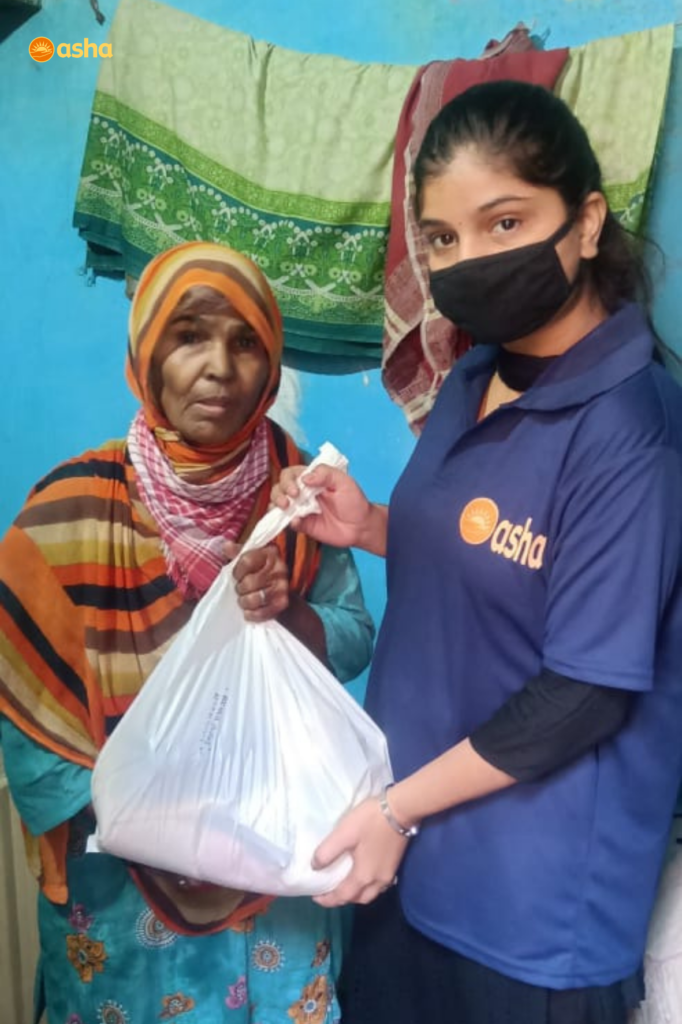 The Asha team at Jeevan Nagar were in contact with Haseena for years and when they learnt of her sudden troubles, they became the pillars of support for old Haseena. The Asha team continually visited Haseena, providing her with emotional support and unconditional love and friendship so that she never felt truly alone. Asha also successfully enabled Haseena to receive monthly old age pension of Rs 2500 (24.54 £ /34.29 USD) from the government. Asha has also been supporting her by providing her with a pack of groceries each month since the pandemic, these food items are able to last her for a month.

‘When I had no one left to call my own, there was Asha. I am thankful to Asha team for looking out for a helpless soul like me. Asha is my family’’ says Haseena. Asha is continually supporting such elderly within Delhi slums, they are completely abandoned and helpless, they require emotional support and unconditional love during their old age and Asha caters to these needs for them.

Donate for the cause of Asha: https://bit.ly/2tFvdy3