I had my first Zoom call with the entire Kalkaji team through the new Asha IT centre with High Speed Internet in one of the largest slum communities in Delhi. Everyone was excited and expressed gratitude from their hearts.

Lily, the Team Leader of a team of 10 people and many Warriors thanked God for the day she came to know of Asha and joined in the year 1988, helping me during the cholera outbreak. What an exemplary life of love and service she has led.
Gratitude was expressed by the team for each Warrior by name: distribution of grocery parcels to such a large community would have been impossible without them. Their help at the clinics is invaluable, as they are utilizing the health training they received during the second wave.
Many female students gave thanks for the opportunity to study. Without the support of their parents and of Asha, they would have been working as maid servants in the neighborhood. That is what most of their mothers are doing. 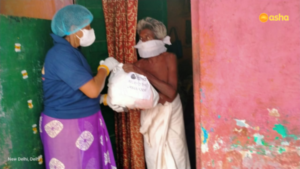 A warrior shared that even though she lived in a one room home, she was grateful that she didn’t live on the pavement. She was also grateful for her family. So many people lived alone and had been abandoned by their families. She said she would rather live in one room with her family than live in loneliness. 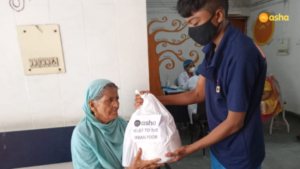 One of our oldest CHV’s Gyanwati, gave thanks for the opportunity to take care of the health of her community for so many years. She remembers how her baby boy died because she didn’t give him fluids when he got sick with diarrhea. Once she received her training as a CHV, she vowed never to let a child die of dehydration. She said she would serve her community until the last day of her life.

What energy and enthusiasm there was on the Zoom call! Gratitude truly strengthens our bonds, fosters trust, and brings in an abundance of blessings. 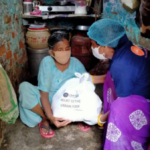 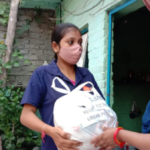 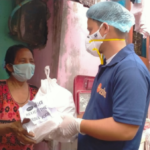 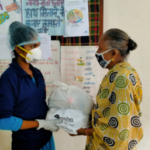 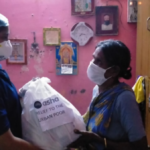