Life in the slum is difficult, especially for someone who is differently abled. This story of struggle and success is an outstanding example of perseverance and determination.

Guddi, a 43-year-old, resides in Asha’s Mayapuri slum community. This slum is situated in the West of Delhi, it’s noisy, it’s beyond crowded and the air is foul which is an assault to the senses. It is sandwiched between the busiest Indian railway line and Asia’s largest scrap market.

On a winter morning in the year 1984, when the visibility was very low due to dense fog, 8-year-old Guddi, was crossing the railway tracks to defecate. There were no toilet facilities in the slums back then. She was unaware of what her destiny would unfurl? Guddi was hit by a train; it took her almost an hour to regain her senses. 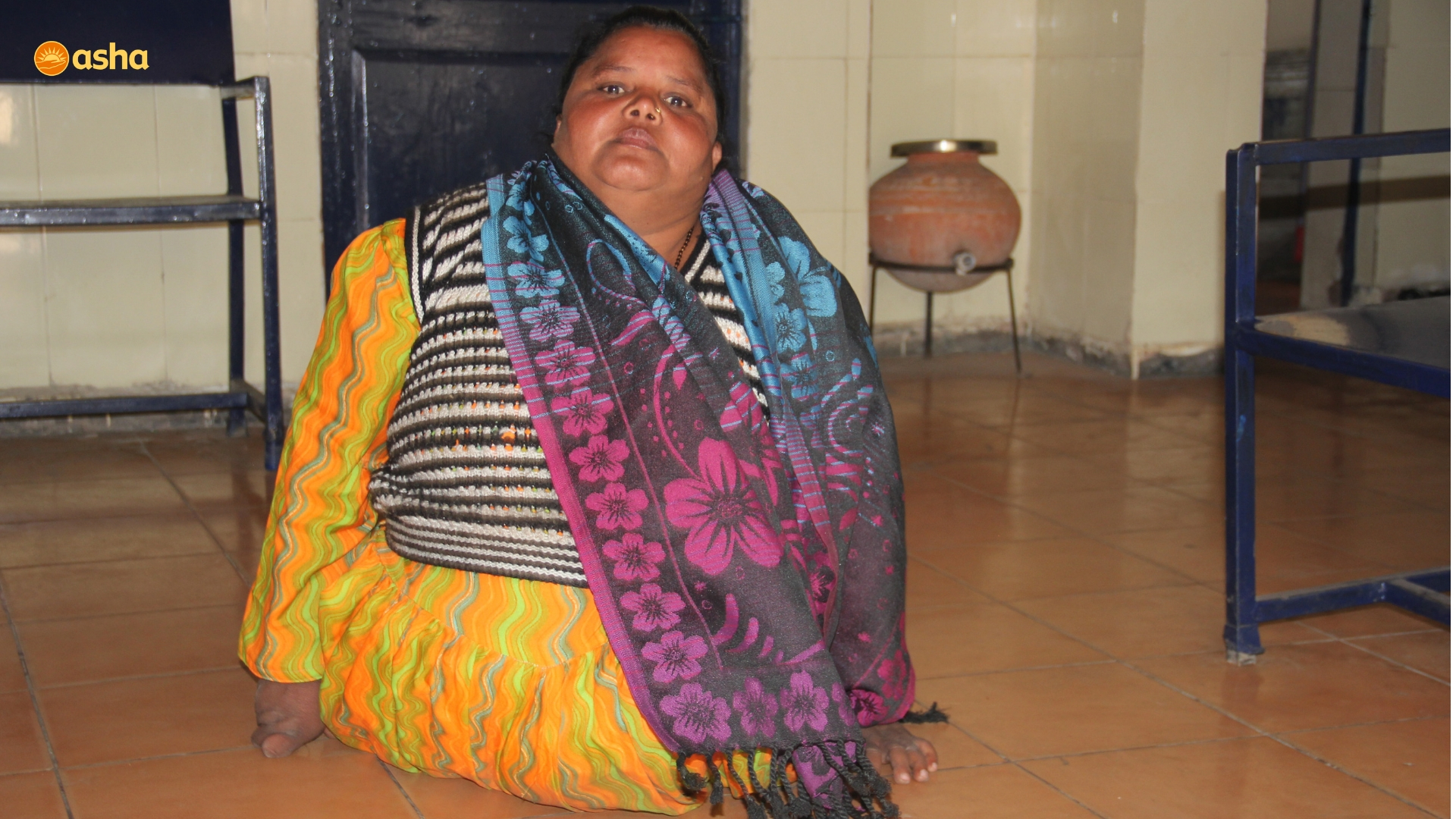 Due to extreme poverty, her parents could not afford any further medical assistance.

“I could walk and run but then destiny has its own course. I do not have any remorse but yes, it is not easy,” says Guddi.

She could not complete her education as it was difficult for her to commute. Soon, her parents married her off at an early age. With her four children and a caring husband, her family was complete. But life took another vicious turn when her husband died of cancer.

She was shattered but her mother who is a CHV (Community Health Volunteer) and Asha’s Mahila Mandal (Women Association) stood by her. For a livelihood, Asha helped her set-up a makeshift tea stall in the vicinity of the slum. Today, she earns around INR 8000 ($ 113, £ 86) per month.

“Every day I come across and sell tea to factory workers, few of them even pass nasty comments, but I have learnt to ignore them,” said Guddi. 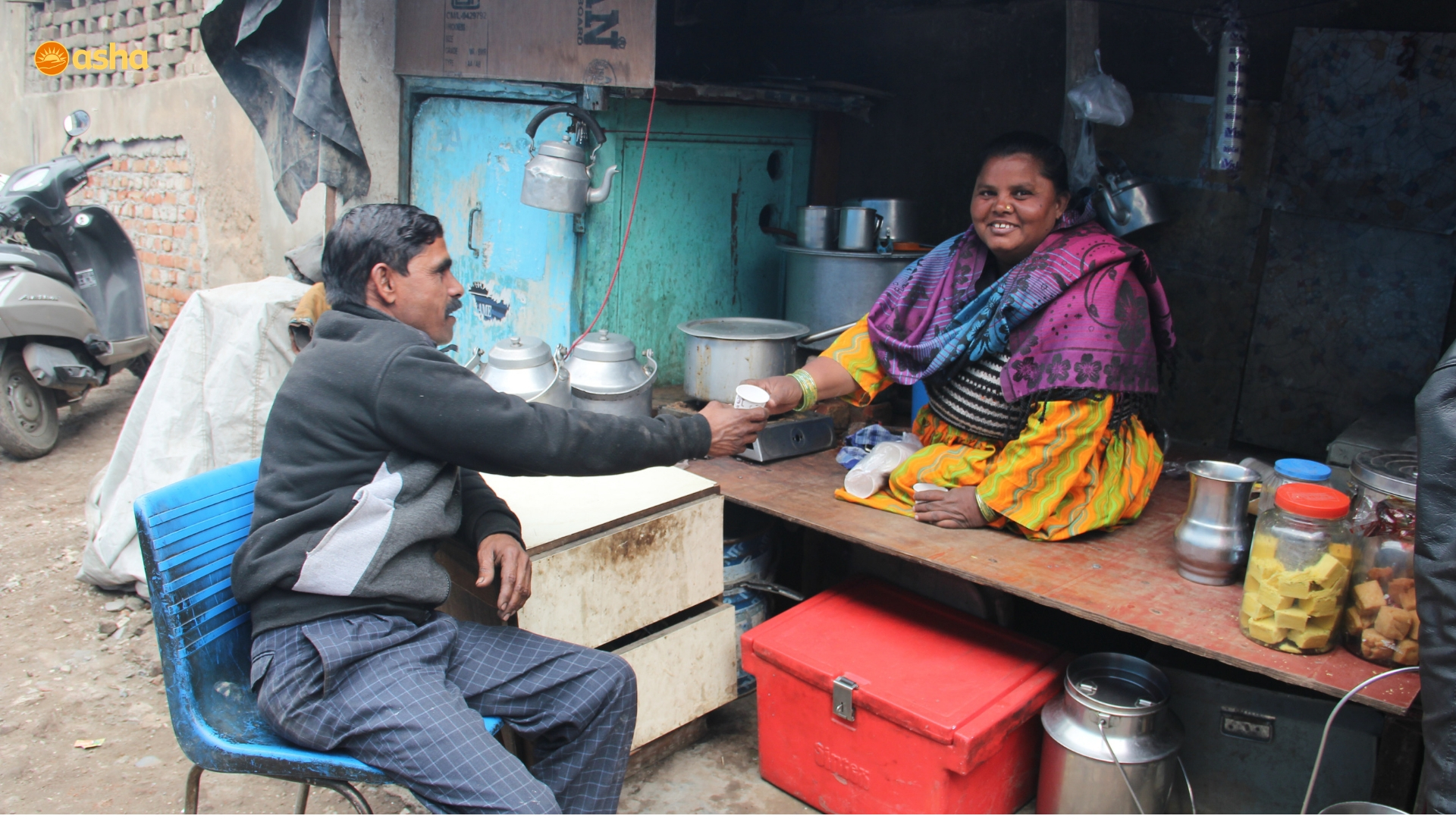 Guddi selling tea to a customer

Her children were a part of the Bal Mandal (Children Association). With the guidance and career advice, her eldest daughter is now working as a data entry operator, adding to the family’s income. Guddi’s son helps her in the tea-stall.

Recently, Asha helped her in getting the tricycle under the Disability Scheme of the Government of India. It has given her a new life and helped in mobility with ease. With her tricycle, she moves around the city guiding and counselling many like her. Also, accompanies them to the government aided health units, so that they too can avail the facilities. This has given a new meaning to the life of Guddi.

With the mantra “Never let disability define you” she leads a life with focus.