Son of a humble gardener

Amritesh is the only child of Ram and Devi, who originally come from Rai-Bareilly in
Uttar Pradesh. They settled in Asha’s Kusumpur Pahari slum colony many years ago
and have worked hard all their lives to make ends meet.

Amritesh has been associated with Asha all his life, even before he was born, as his
mother had all her ante- and post-natal check-ups at the Asha clinic!
He was an obviously bright and clever boy when he joined Asha’s Children’s group.
However, when his father lost his jobs life became very difficult. Those difficulties led
to Amritesh acquiring a stammer. Asha helped him gain admission to a nearby
private school, but his stammer caused him to become isolated. He used to make
excuses to avoid coming to Asha meetings, but Pushpa, the Asha team leader, kept
encouraging him to come. After years of this support, as well as the provision of
tuition and academic textbooks, Amritesh was top of his year in Class 12! 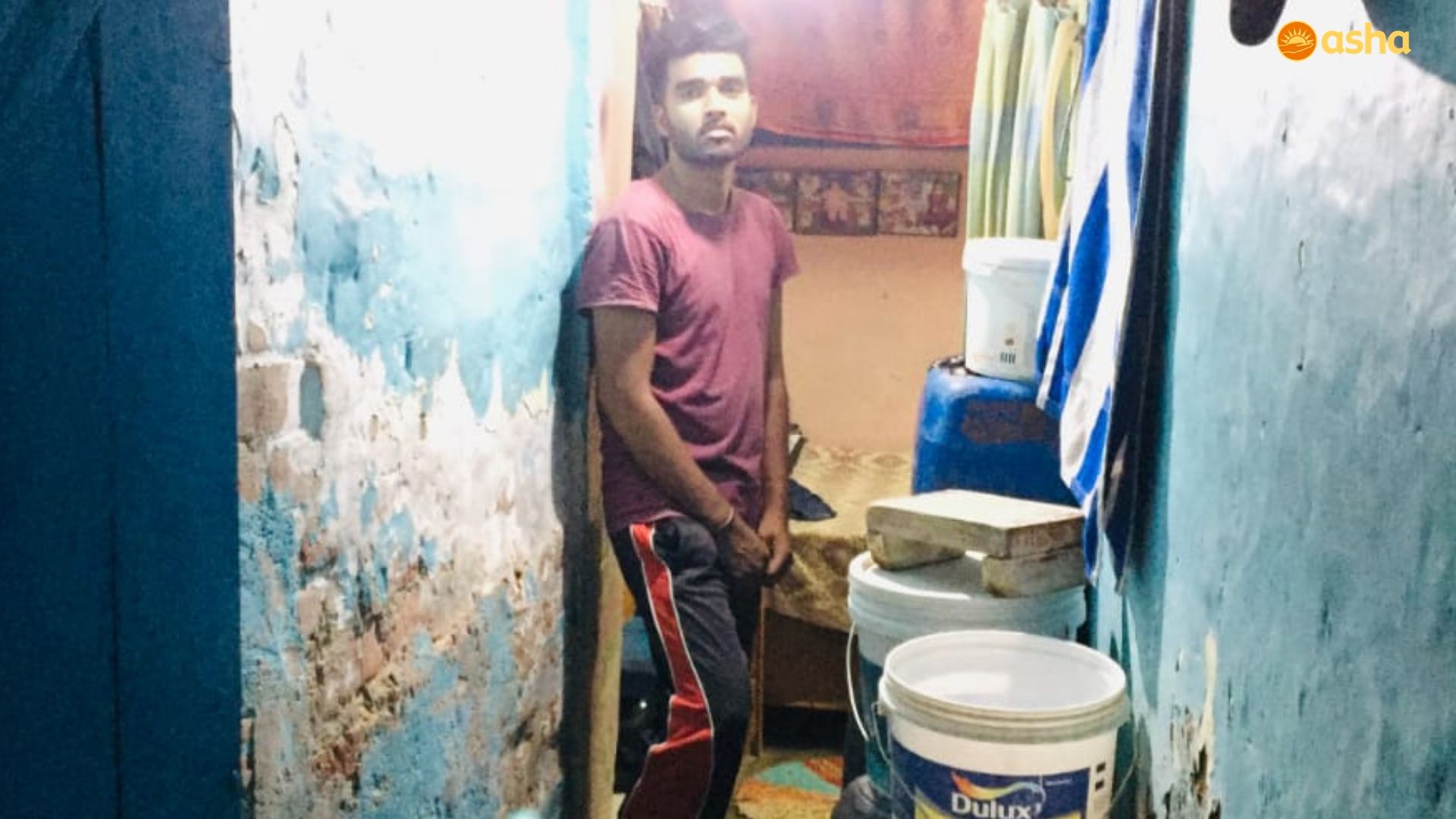 Amritesh in his shanty at Asha's Kusumpur slum community

Mr Ken Brown, who volunteered at the Asha centre, helped me polish my English
communication and public speaking skills,&quot; said Amritesh.
With help from Asha, he got the opportunity to intern with Mazars, the Australian
High Commission and Macquarie.

This proved to be a turning point in his life!

“Ms Gopi Bahl (Associate Director), to whom I used to report in Macquarie, became
my mentor. She used to sit with me two hours a day and make me take regular tests
to improve my IT and professional skills,&quot; said Amritesh. &quot;I could connect to her like someone my family. She has been a motherly figure to me since then,&quot; he added. After his internships, Amritesh applied for a job at Macquarie and following two
vigorous interviews and an online test; he got the job!

Presently, 21-year-old Amritesh is employed at Macquarie and has ambitions to start
his own venture soon.