Through hard work and perseverance Radhika is living her dreams

“It would have been impossible for me to be where I am today without the wings that Asha gave me” – said nostalgic Radhika reflecting upon her journey.

Her father Hari Om and mother Goumti belong to a small village in Mathura, U.P. They migrated to V.P Singh Camp, an urban slum in Delhi 25 years ago in search of a livelihood.
Residing in a slum area was not easy as problems like insufficient water and electricity supply, lack of basic hygiene and sanitation, space crunch posed a lot of problems for Radhika and her family. 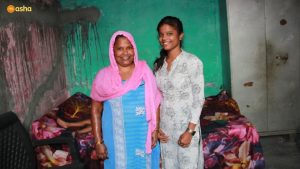 In a family of 8, Radhika being the second eldest passed her high school with 78% from a government school and aspires to pursue higher education but her father being an Uber driver earns Rs 8000-/ ($115.428) per month that is not enough for the family to flourish well.

There was a time when her father fell ill, and they had nothing to eat. This triggered Radhika to think about her future and building a career to be able to fight such a crisis.

Knowing about Asha and its initiatives towards education, Radhika finally got her “Hope” and was keen to be an active part of this organization. Under guidance from Asha Team and its Ambassadors, she successfully got admission to B.A Program from a prestigious college of Delhi University.
Initially, she did not want to go to a regular college as she used to believe she would not be able to adapt to the new surrounding where the children from the affluent families would attend the same class as her. The stark difference in her economic status used to keep haunting her for long. 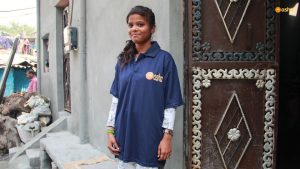 But with the support from Asha Ambassadors and Team members, she overcame this fear. With this, she has become the first one in her family to go to college for higher education. Now the second-year student has many friends in her college, and she loves studying and spending time with them. Now she dresses up modestly to attend the college and encourage others as well.

“My many friends have gotten married, but I am the SON of my family. I would achieve all my dreams. The Asha values and financial support from my extended family have brought me here and I know, this would only take me to greater heights of success” said emotional Radhika.