An elderly couple Naima and Aftab found a family in Asha

“There is still love in this world,” says 63-year-old Naima with tears in her eyes. Naima lives with her husband, Aftab, 73 years of age, in a one-room dwelling in the Seelampur slum.

Both Naima and Aftab belong to a small village in Uttar Pradesh. They were forced to come to Delhi for a better life after a few months of marriage. Aftab had a traumatic childhood when he lost his parents early in life.

When the young couple came to Delhi, they had no place to stay, and a relative of Naima offered them a place to stay in Seelampur, and this is where they continue to remain after 35 years. Aftab tried to find a steady job but could not. He tried selling vegetables or to work as a daily wage laborer. Soon Aftab and Naima’s family grew, and they had four children: one son and three daughters.

As Aftab never had a stable income, there was always a shortage of food at home. Naima remembers that she used to sleep on an empty stomach every other night and does not remember if she or her family ever wore new clothes. Their only son fell into bad company and dropped out of school to make matters worse. The daughters were married off at an early age so that there were fewer mouths to feed. Naima tried to supplement the income by stripping wires but had to leave as she developed a respiratory problem.

Naima’s son, who was an adult, started drinking alcohol. Although he used to work in a factory, he never used to contribute to the household expenses. Whenever his parents would ask him for money, the son would fight and physically abuse them. Aftab continued to work as a laborer, but he started experiencing tightness of the chest and excessive shortness of breath. Both Naima and Aftab were diagnosed with Chronic Obstructive Pulmonary Disease.

Along with this, Naima became hypertensive and diabetic. With all the health issues and the situation at home, Naima and Aftab became depressed with no hope for the future. Aftab started doing piece work at home and used to get $2 a day for packing toys, but the work was not regular.

Soon after, the pandemic struck. With the lockdown, Aftab lost his work. There was no earning and no savings. Their son also left them to fend for themselves to add to their trauma. There was nobody to help them. Their married daughters expressed an inability to support them. In no time, all the food at home was finished. Aftab and Naima became helpless and discouraged with life. Naima spent the whole day crying, and they stopped having their medicines. Their health deteriorated, and they were on the brink of starvation. 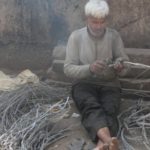 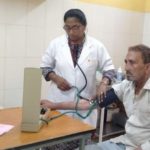 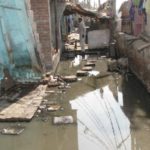 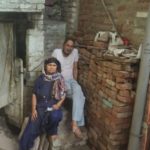 During this time, an Asha warrior was visiting homes in their lane to raise awareness on Covid, and heard of their plight. Immediately the Asha team rushed to help them. After assessing their health status, the Asha nurse practitioner started both of them on regular treatment for COPD. Asha also ensured that Aftab and Naima received monthly grocery packets. They were also given cash to pay the electricity bill and cooking gas and buy some vegetables. Asha warriors visited them every day to spend some time with them.

Aftab and Naima continue to visit weekly clinics at the Asha center. Not only has their health improved, but also their outlook on life and the future has changed dramatically. They have become Asha Ambassadors in their community and regularly encourage other elderly to attend Asha clinics.

Naima and Aftab say they have found a family in Asha. A family filled with love and care, warmth and tenderness. “Asha has given us new life”, they say.