The event was attended by many Asha supporters including representatives from diplomatic missions and companies providing internships to Asha students. Acting Australian High Commissioner, Mr. Bernard Philip, welcomed the gathering and underscored the long-standing partnership between the High Commission and Asha.

The event saw 9 bright students from Asha communities with awards for outstanding achievement in Class 12, during internships, and as Asha Student Ambassadors. 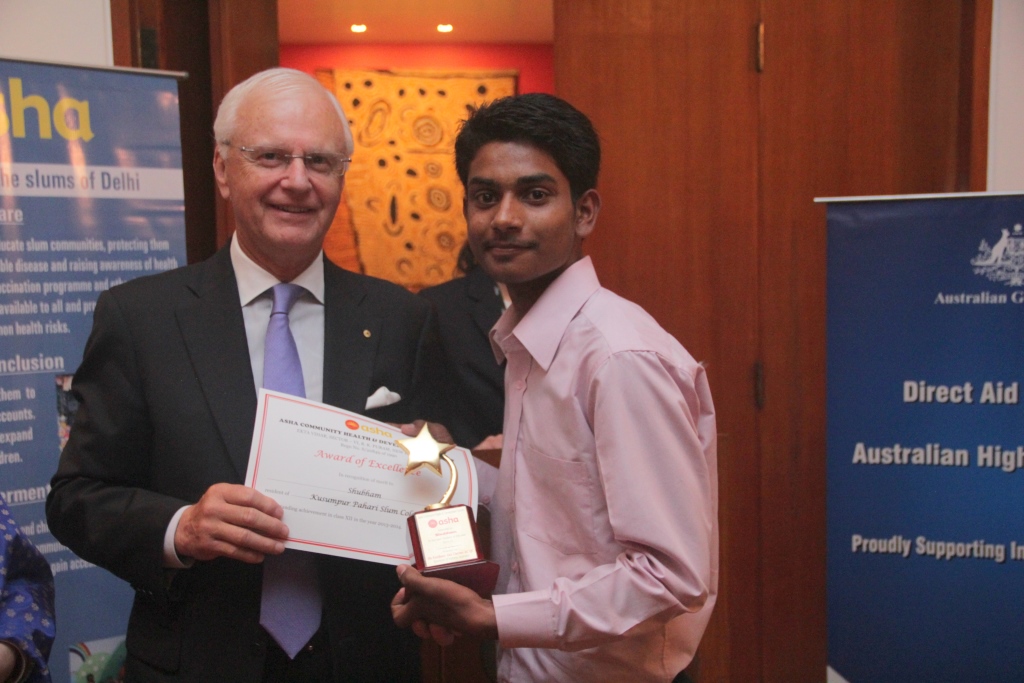 In his address, Mr Chernov congratulated everyone for the involvement with Asha. Following on from his visit to an Asha community in the morning Mr Chernov spoke highly of the students who have made the most of every opportunity that Asha provided them with.

“Kiran Martin has produced the opportunity for all these people [in Asha communities] to self-improve, and gain self-respect and self-confidence. Anything that I have done for Asha is very little, and I must say that I have personally gained from it. It has been a great experience!” said Mr Chernov. 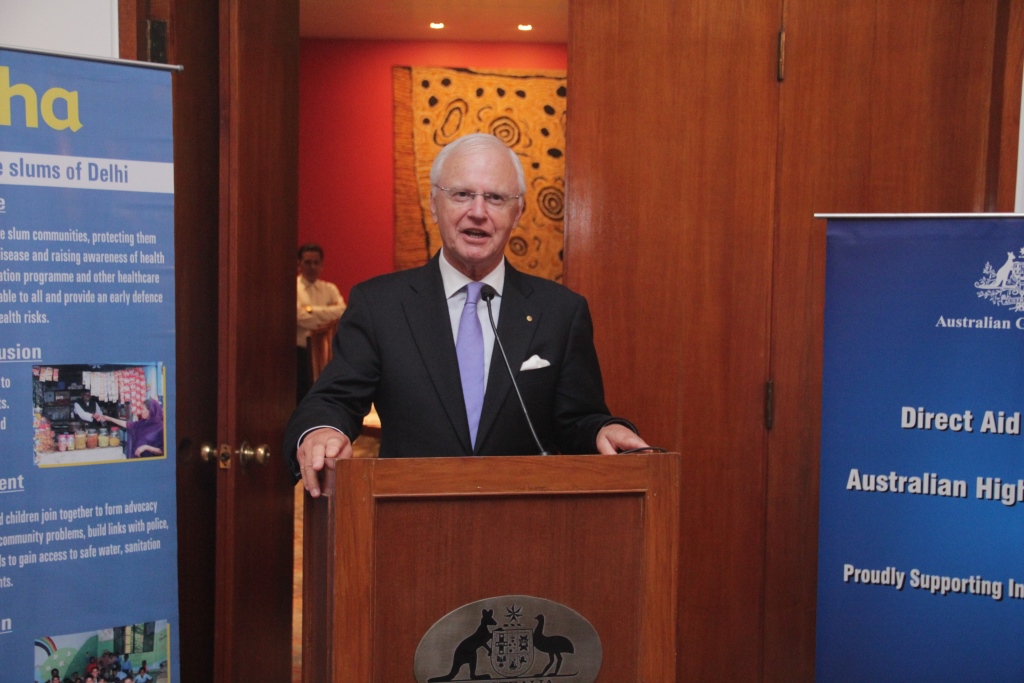 Asha’s Founder and Director, Dr Kiran Martin, thanked Governor Chernov for his role in strengthening Asha’s relationship with Australia that has resulted in opportunities of internships for Asha students, an increased flow of volunteers and teams, and Australian Ministers, leaders and business heads visiting the Asha communities time and again.

“Governor Chernov was able to bring together the board of Australian Friends of Asha. He entrusted them with the responsibility of carrying out the work of Asha that has, in turn, opened up doors of great opportunities…I would like to thank Governor Chernov and Elizabeth for all that you have done. We will keep you in our hearts forever,” she added. 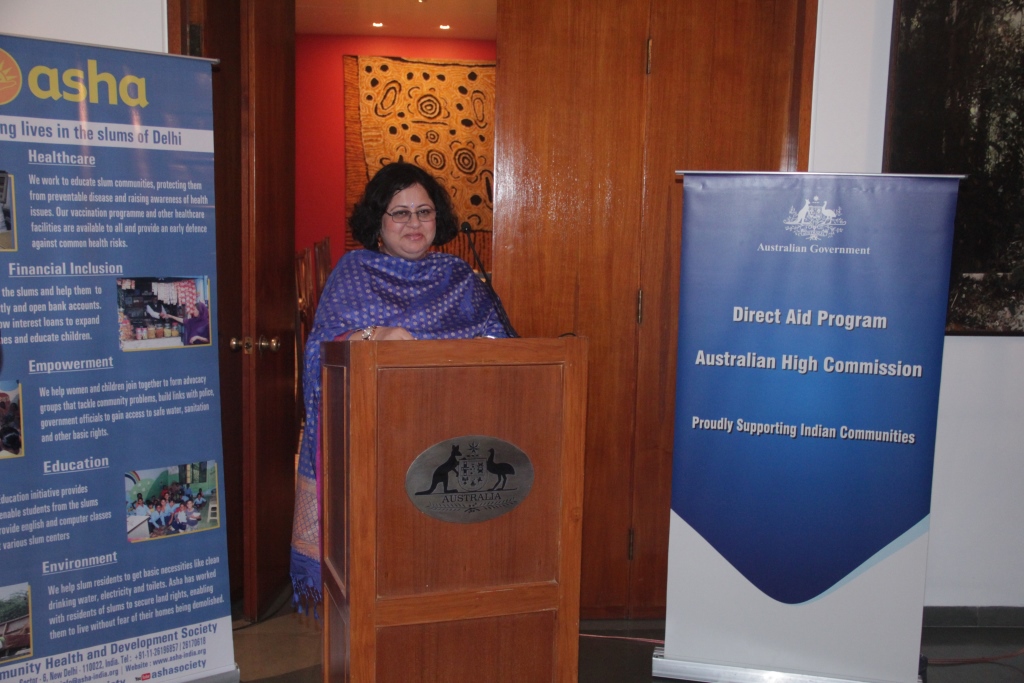 Dr Kiran speaking at the event

Following this, Asha Student Ambassador from Dr Ambedkar slum colony, Babita had the entire audience almost in tears as she narrated the journey of her life. The highlight of her remarks was the happy news about her recent employment with International Rice Research Institute after interning with them for over a year. 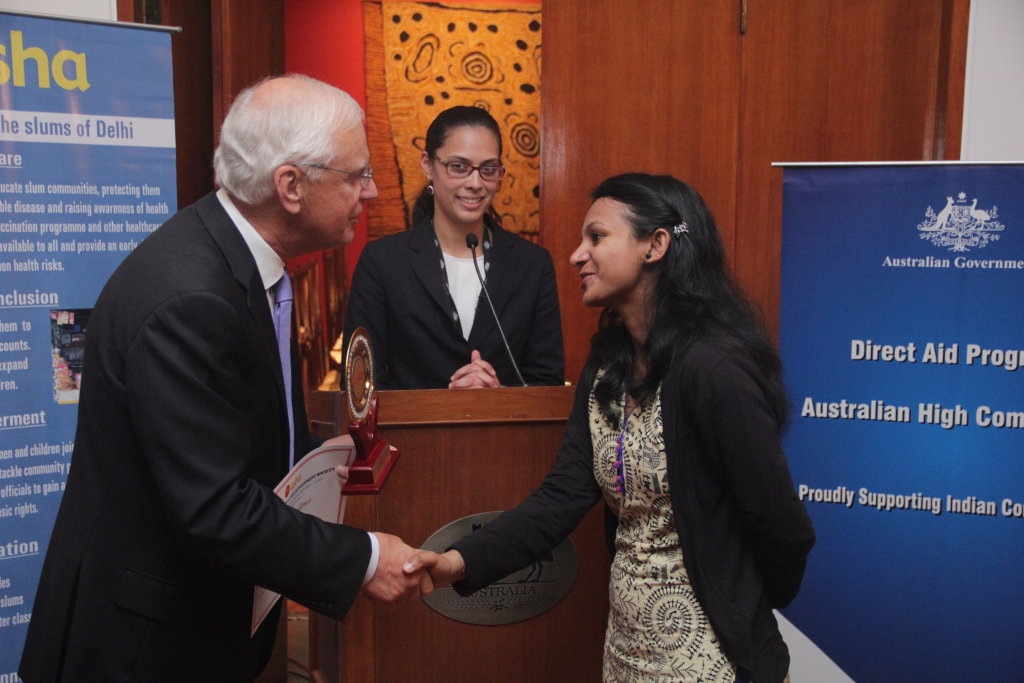 With the continued support from the High Commission, and the people and government of Australia, Asha hopes to cross many such landmarks with its students in the years to come.

To see more photographs from the event Click here