On 15th August’2022, when the entire nation was celebrating Seventy-Five years of Independence, and the proud flags were hoisted across every home in the city, the residents of Asha’s slum community in Yamuna riverbed; -one of the poorest, most vulnerable and deprived population in the heart of the capital city was facing the worst survival crises of their lives. As a result of torrential rains and flooding of the river Yamuna, the water level crossed the danger mark and entered the shanties of people in the low line areas of the river. Their little belongings, painstakingly accumulated over the years were washed away in just a few minutes. Not only were their entire household items destroyed, but water damaged their one-room shanties as the floors and the walls of the houses were made of mud, and roofs made of waste materials like discarded plastic, scrap, etc. Overnight, around three thousand people were rendered homeless, without food, shelter, or finances and surrounded by suffering, darkness and despair. Having lost everything and without any roadmap to build their future amidst the ruins of destruction, Asha was the only silver lining of hope in their lives. Asha’s team immediately reached them with all the available resources and gave them a healing touch, mental strength and comfort.

Asha’s emergency relief and rehabilitation programme started with the distribution of food packets, including wheat flour, two types of pulses, edible oils, spices, fruits, vegetables, eggs and biscuits, to feed their hunger with a balanced nutritional diet. After ensuring that everyone had enough to eat, Asha’s Healthcare team started the medical clinics to take care of the diseases, especially water-borne bacterial and viral infections, which are quite common after such natural disasters. Asha’s Senior Nurse Practitioners conducted clinics and provided treatment, medicines, and supplements to children, women, elderly, and the sick. The children were given high protein, high calorie and high energy laddoos to fight malnutrition. Asha team also gave them towels, bed sheets, suits, sarees and other items of daily wear and everyday use, as the community started the process of rebuilding their homes and restarting their life from scratch. There is still a long way to go as many of the families lost everything. However, Asha’s presence has given the community reassurance, comfort and strength to fight the challenges and, most importantly, look to the future with renewed optimism.

Differently abled Ashok, who had lost his limbs in an accident, is a resident of riverbed slum community along with his sick and ailing wife. The couple lives in a poorly constructed shanty, the only place they can call home in this ruthless and heartless megacity. The only source of income for the family is begging near the busy Interstate Bus Terminal and the highway crossing. Ashok and his wife took time to realize what had struck them when water entered their house on an infamous night with the river in its full fury. Very soon, the water level increased, and they saw household items floating inside their rooms. As they realized that their life was in danger, they could come out of the house after lot of difficulties, literally crawling. They managed to reach the elevated road adjacent to the riverbed and spent the entire night. The following day, when they reached their home, there was waterlogging everywhere. Their shanty was totally damaged and dilapidated, with the entire belongings washed away. Already battling enormous challenges in their lives, they had nothing left with them and were distraught and broken down. As Ashok and his wife were standing near their shanty and staring at the dark future, a young lady wearing an Asha T-shirt came and spoke to them. She had brought with her a bagful of grocery supplies and other necessary items. Most importantly, she gave them solace and comforted them with the much-needed healing touch. Ashok and his wife understood that Asha was their only lifeline and support in this hour of crisis. The next day, they got fruits, eggs, milk and other protein foods. Asha also arranged a medical clinic at the riverbed where the Senior Nurse practitioner compassionately listened to their problems and gave them medicines along with minerals and supplements. With the Asha team’s support, they made a beginning in their life with new hope and energy. Asha also gave them towels, bedsheets sarees, suits and other necessary items, and they began to feel that the nightmare had ended and life was slowly limping back to normal. In Asha, they had a lifelong friend who had saved them during one of their worst times . “Without Asha, we would have died without any food and medicines as we lost everything in this tragedy.’, said Ashok with tears in his eyes. 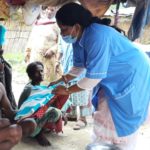 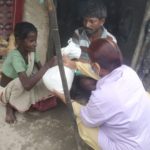 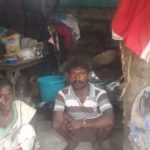 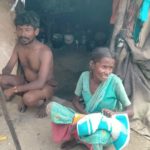 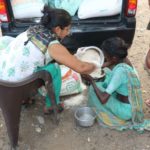 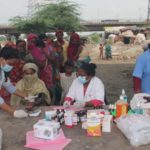 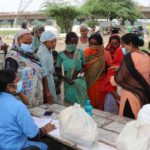 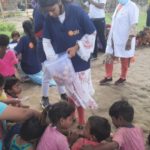 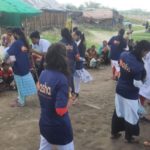