Ramwati, a Victim of Untouchability enjoys being Loved and Cared

This is a narration from a 65 year old Dalit woman called Ramwati. Dalits in India are also known as untouchables. They are caste out from society and in the villages, they are only allowed to clean toilets.

Ramwati says that when she lived in her village, she was given the work of cleaning the toilet in the home of the Head of an upper caste. The rule was that even her shadow was not allowed to fall on him. If it accidentally did, he would abuse and insult her, because he had to take the trouble of purifying himself by bathing and cleaning his body before he could enter his home. She was not even allowed to sit on a mat outside the toilet. That is how she spent most of her years, so numbed to love and acceptance, having known only humiliation.

When she was invited to the Asha center in her slum where she has been living for some time, she would sit in a corner far away from everyone else. She could not bring herself to sit on a mat. As time went on, the love and compassion of the Asha family brought her into the fold, washing her feet and embracing her as a sister. May she experience true and pure love from us, and may the wounds she has suffered from all her life be healed. Her story made me weep with great sorrow, and then my heart was filled with the light of great hope, Asha. 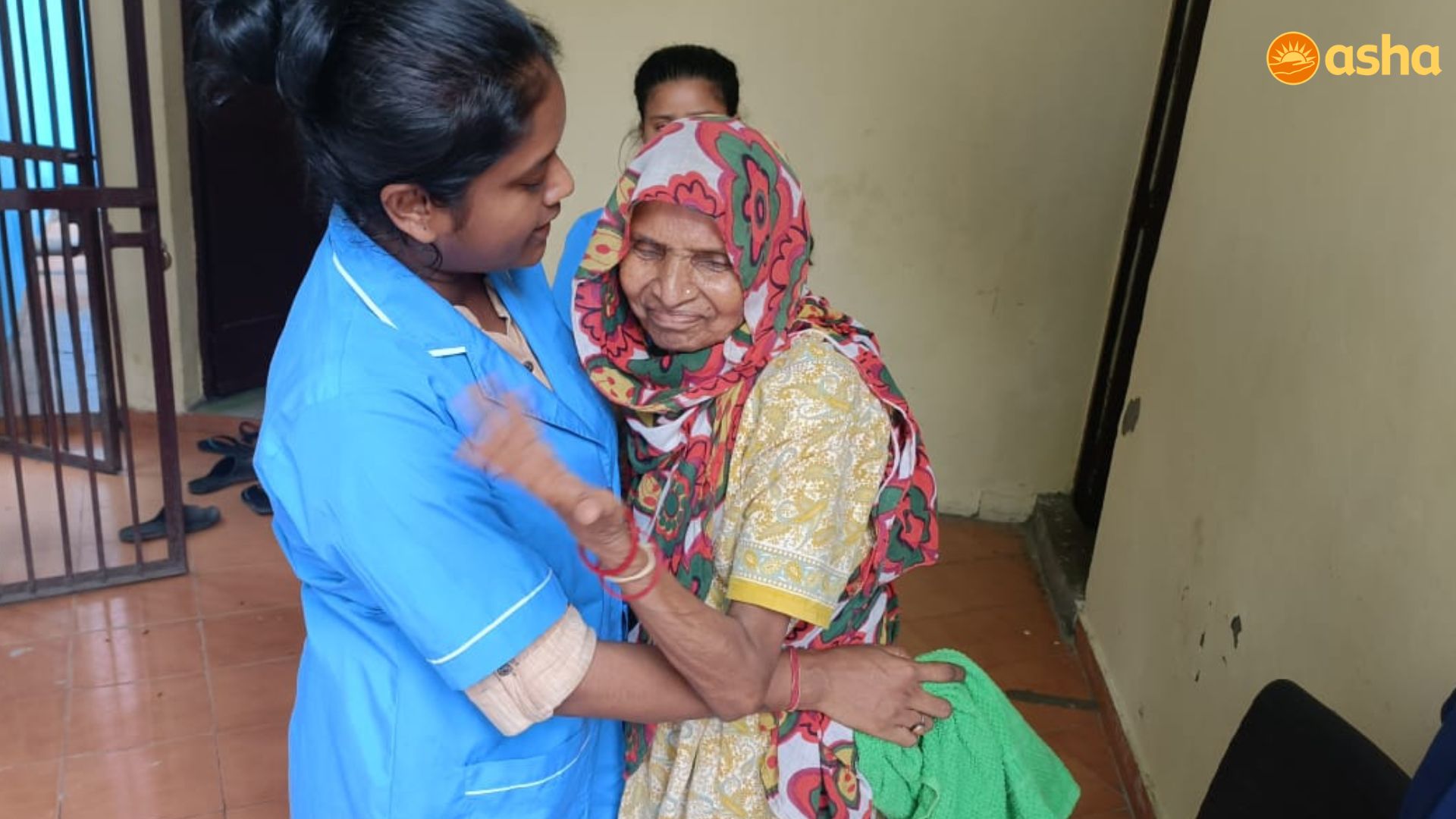 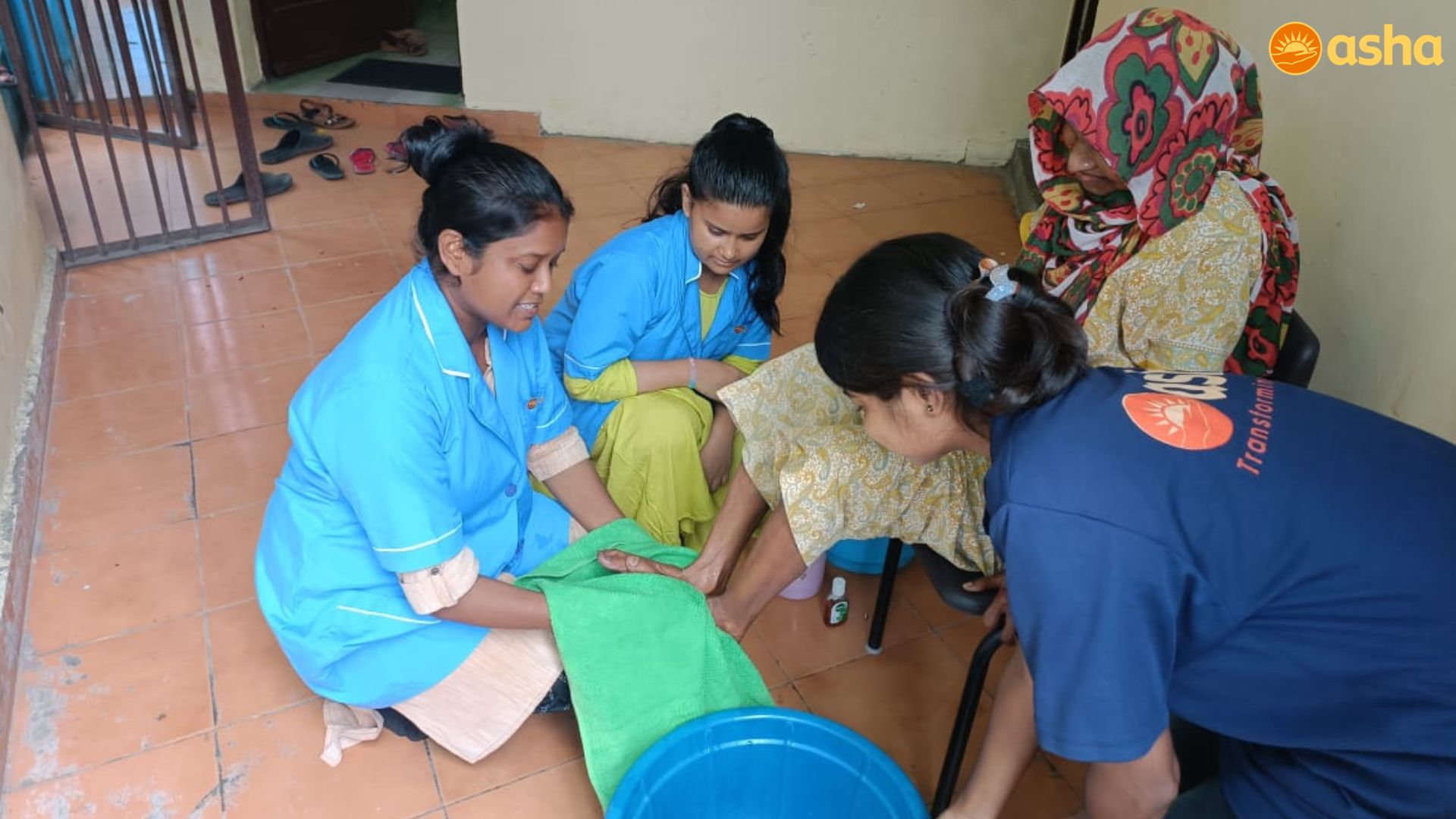 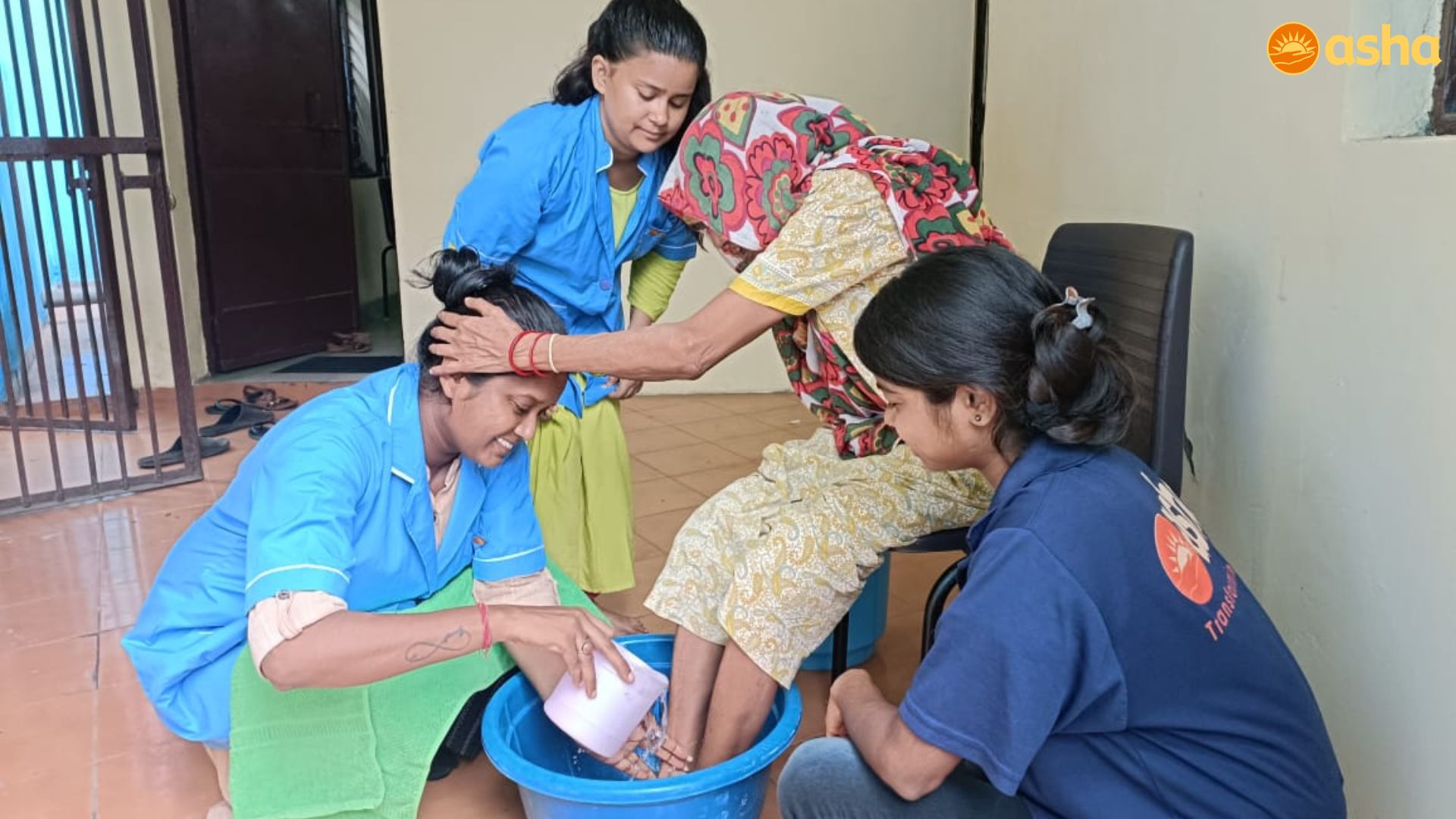