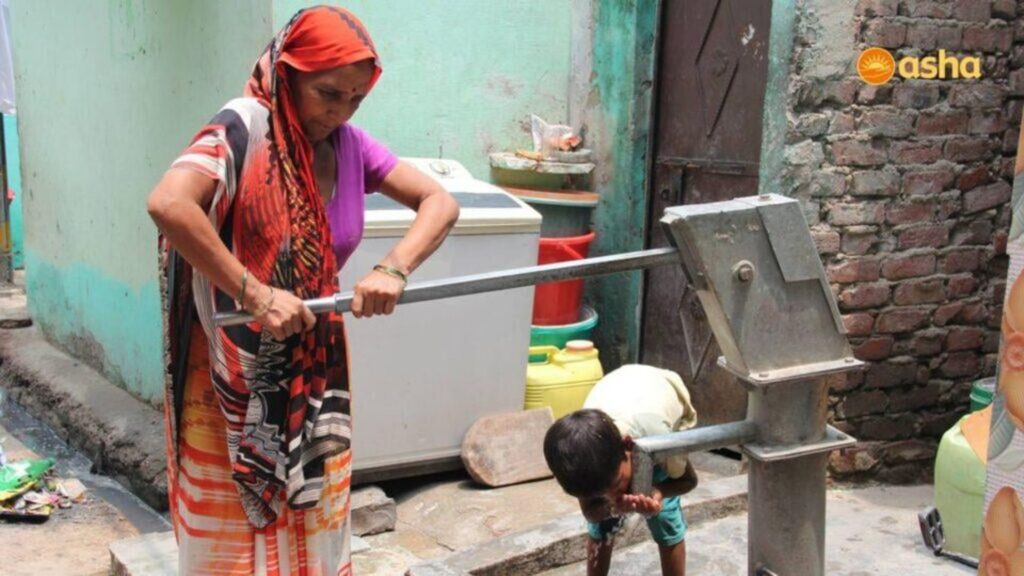 61 year old Ramvati is President of Mahila Mandal in the Zakhira slum community and is highly respected in her community for the leadership she has provided to the group. Ramwati came to the Asha center for the first time about 17 years ago. She had never stepped out of the four walls of her house before this, and was very timid. When the Asha team visited the community, they encouraged Ramvati to join the Mahila Mandal. Reluctantly she began attending the meetings, and gradually a change in her was noticed by the team. She started taking interest in community work and was always ready to meet the officials concerned. The Women’s Group in Zakhira under her leadership visited multiple elected politicians representing Zakhira. Drainage systems, bore wells and toilet blocks were constructed. The entire community began to look much cleaner and nicer. Her biggest achievement amongst others is the installation of 18 bore well pumps, removing the water shortage in their slum. 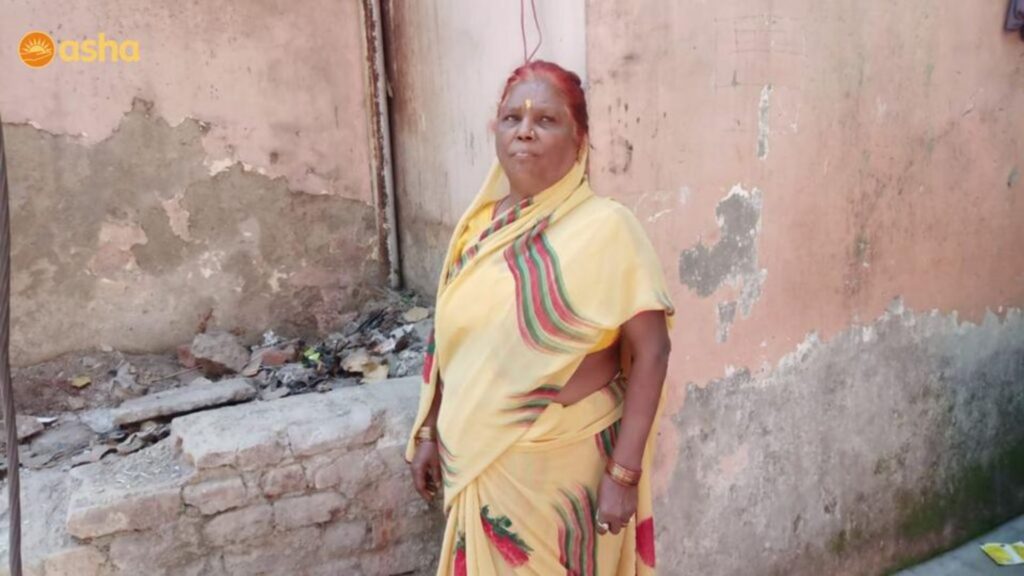 Asha’s values transformed the life of the 60 year old Shakuntala from the Chanderpuri slum community. They belong to the Hindu upper-caste while her neighbours are Muslims. Her husband never allowed her to step out nor did she dare to do so. Her husband passed away in the year 2012. She was left alone. The Asha team always visited her and suggested that she join the Mahila Mandal. She took up their suggestion and came to the Asha Centre, where she met people from other castes. She being from an upper-caste, never ate and drank with or even visited other women from the lower caste. After joining Asha, she started mingling with other women, and her perceptions began to change. She started talking to them and visiting them. Today, she has taken on the Asha’s values, and she realizes that we all are all one and equal. She feels that she has become empowered being a Mahila Mandal member. She is always eager to help the needy. If she finds someone ill, she takes them to the hospital. If she gets to know that some family is out of groceries, she is always there to offer hers. Tragically, one of her sons passed away in 2020. Shakuntala was depressed but her friends from the Mahila Mandal, her neighbours and the Asha Team did not leave her. They constantly gave her solace and comfort. 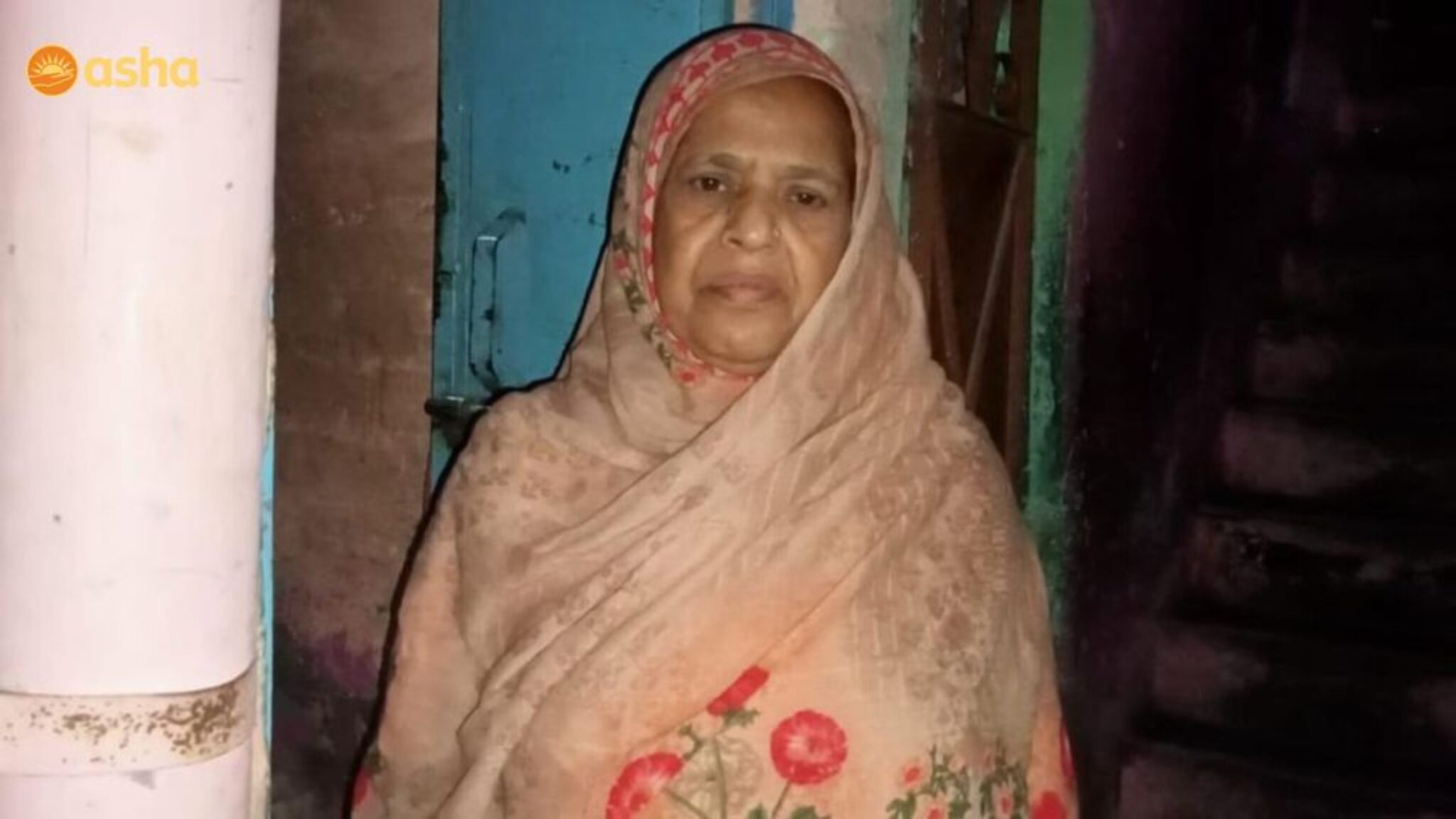 55 year old Praveen got married at a very tender age. She gave birth to her first child when she was just 15 years old. She has 5 children. Her husband was alcoholic and abusive. She joined Asha’s Mahila Mandal in the Seelampur slum community in 2002. She would share her ups and downs in life with the friends she had made. In the year 2004, her husband passed away leaving all the responsibilities on Praveen’s shoulders. She was keen to gain knowledge on healthcare and received CHV and midwifery training from Asha in 2006. She then began working at Asha as a CHV and a midwife. She describes an incident during Covid when a high-risk pregnant lady was denied admission in a public hospital due to Covid. The lady was pregnant with twins. Praveen knew her life was in danger. She immediately took her to the hospital again and made sure that her admission was done. She stayed with the patient in the hospital till the mother and both her newborns were discharged. There are so many mothers and children who owe their lives to her. 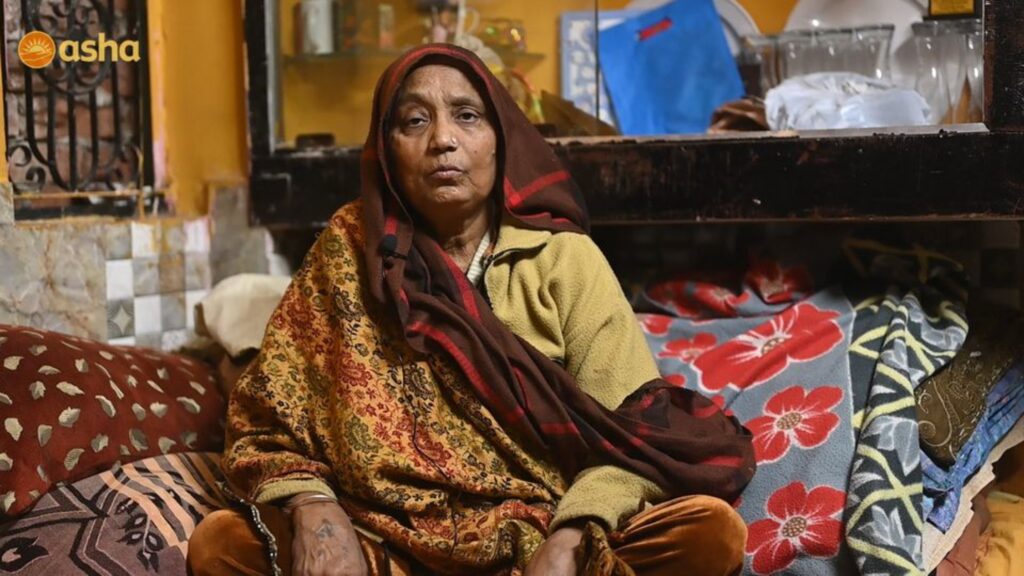